What 4 Gases Does A 4 Gas Monitor Detect? 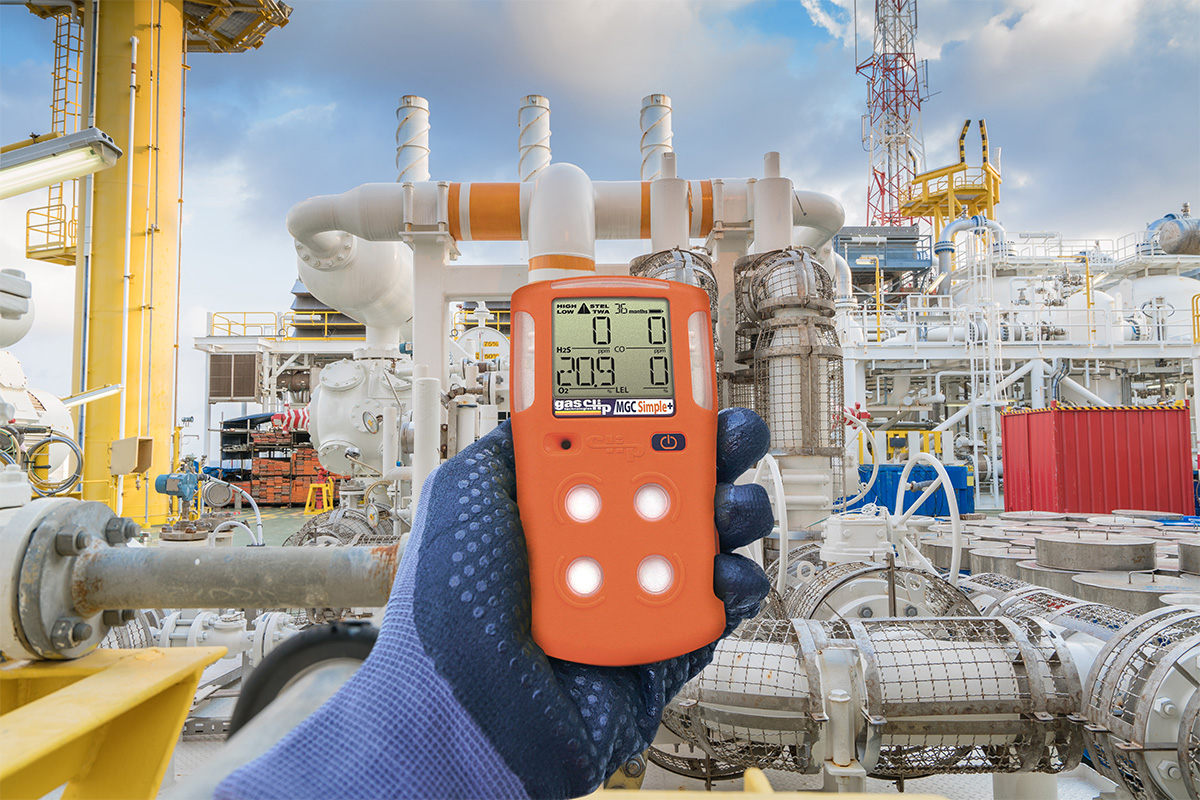 What 4 Gases Does A 4 Gas Monitor Detect?

One of the many dangers onboard ship is the presence of gas in enclosed spaces. Using a 4 gas monitor can protect your workers in any environment by assessing the four main gases Oxygen (O2), Carbon Monoxide (CO), Hydrogen Sulfide (H2S), Methane (CH4), or other combustible gases you’re checking for.

Portable gas detectors such as the Marine 4™ can be configured to detect any four gases, and display all of them simultaneously. The screen will show the levels of each gas, and provide audible and visible alarms if flammable or toxic gases are present – giving you an instant snapshot of the safety level of the air in that area.

Health and safety compliance onboard is a mammoth task at any time, but there are some basics that absolutely have to be in place. Ships by nature are full of confined spaces which, if left unchecked, become death traps – crew would easily become unconscious way before they realised gases are present.

Some are more deadly or poisonous than others so keeping gases in original containers and labelling them correctly using conventional labelling protocol is vital.

The types of gas you may have onboard are:

Carbon Monoxide A milder gas but a more regularly present one, as it is a product of smoke from large fires or internal combustion engines, heaters and fuel stoves which are poorly ventilated.

Carbon Dioxide Whilst being non-toxic, the danger of this gas is that it displaces the valuable breathable air from the many enclosed spaces it can inhabit, and being heavier than air, it can accumulate at the bottom of enclosed spaces.

Irritant Gases These are gases which also accumulate at the bottom of enclosed spaces due to being heavier than air – they include Phosgene, Chlorine or Ammonia. Exposure to these causes predominantly respiratory issues such as bronchitis or bronchiolitis as they cause an inflammatory response when they dissolve in the moisture in the respiratory tract.

Flammable Liquid Vapours Again, being heavier than air, these can accumulate at the bottom of holds or their storage lockers. They are not toxic but can cause asphyxiation due to the oxygen and breathable air displacement. These include LPG, Calor Gas, Propane and Butane.

Freons Usually used as refrigerants, if Freons are inhaled, it can cause frostbite in the respiratory tract. Heavier exposure can cause heart damage including abnormal heart rhythm and sudden death.

Hydrogen Cyanide can accumulate at the top of enclosed spaces as it is lighter than air and can be dispersed rapidly by ventilating the area adequately. Inhaling small amounts causes headaches, weakness, dizziness, and vomiting and larger amounts can cause fainting, gasping, irregular heartbeats, seizures, and even rapid death.

Hydrogen Sulphide is heavier than air and accumulates at the bottom of holds. Well known for its distinctive smell, often called Rotten Egg Gas or Sewer Gas, this gas is a product of decomposition of organic matter, and is produced as the natural materials break down.

Highly explosive and toxic, the initial smell is noticeable at first, but an added danger with this gas is that it poisons the sense of smell. The smell will seem to have gone away while concentrations could be rising. Low concentrations can irritate the mouth, nose and eyes and the symptoms of higher concentrations mirror those of hydrogen cyanide.

Methane Relatively non-toxic, this gas displaces the air so can cause asphyxiation but the bigger risk is how combustible it is.

Why Should I Use A Gas Detection System?

You can see from the above list, that gas is dangerous on many levels, with one of those being that it’s a silent killer. If you work with gas in any capacity, you’ll want to know your crew is safe at all times, particularly when working in confined spaces.

Depending on what your needs are, there are two main ways to assess the gas levels present:

We’ll only cover this briefly given that this guide relates to portable gas detectors, but you’ll need to check the legal requirements of your vessel type to determine whether your regulations specify that permanent gas detection systems should be in place too.

These are gas detection systems fixed in place, such as the MM2001, which are permanently installed to assess the gas risks at all times. Using the MM2001 which is SOLAS and ISGOTT compliant enables you to create a bespoke gas detection infrastructure where sensors are positioned wherever you need them to then communicate the gas levels to the controller 24/7.

Not all vessels are legally required to install fixed gas detection systems, but this type of protection monitors confined spaces such as cargo pump-rooms or refrigerated tanks and keeps them safe from harmful gas accumulation around the clock.

Another option is to use portable gas monitors like the Marine 4™ which are worn by personnel and used to test an area immediately before entering it.

The various gases occupy confined spaces in different ways – some will fill the upper space, some the lower space, and if you’re not careful, the lack of oxygen in the spaces will cause loss of consciousness quickly.

Testing confined spaces before entering them will detect the levels of gases present and sound or display alarms as warnings. Devices including the Marine 4™, Marine 5™, MGC Simple+ can all test for the presence of pre-programmed gases at the touch of a button.

The MGC Simple+ doesn’t need any calibration, but whichever of the portable as detectors you use, they all highlight the presence of gas to enable the crew to enter confined spaces in safety.

If you’d like to know how you can equip your vessels with safe gas detection with guaranteed compliance, get in touch here and our team will happily talk you through the best safety solutions available to you.