What can vessels do to keep the seas cleaner? 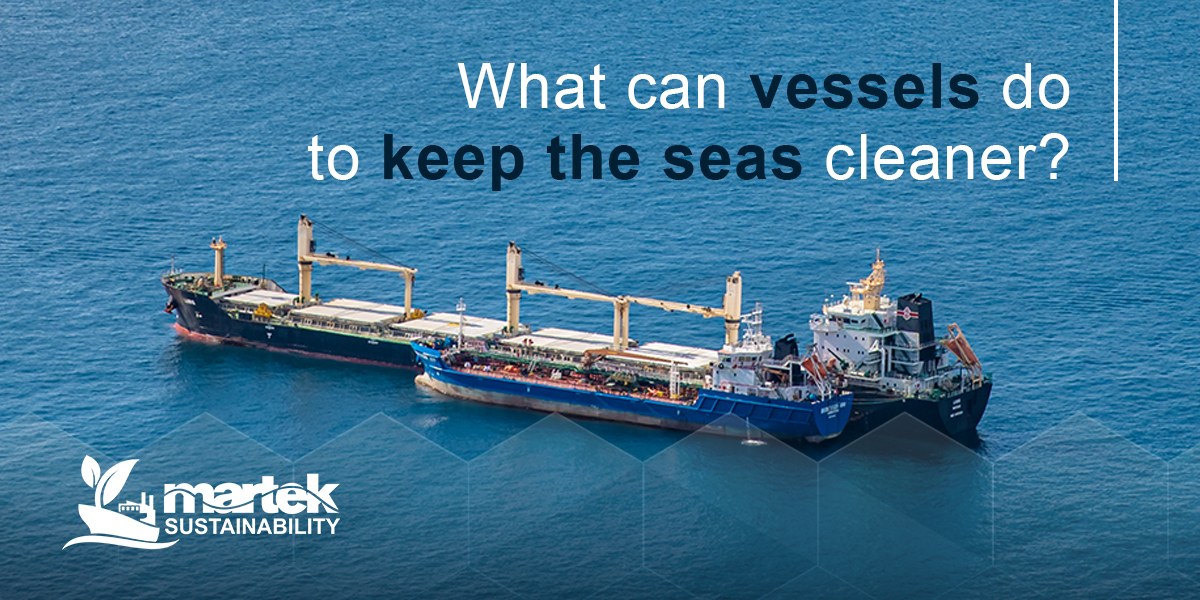 We all have a responsibility to keep our oceans clean and healthy. The oceans are essential to our survival.

Did you know that raw, untreated sewage can be expelled into the ocean as long as it is 12 nautical miles away from land?

“One flush on a boat can contain the same amount of bacteria 250,000 flushes through the sewage treatment plant.” -The Green Blue

What is black water?

Black water is sewage discharge from ships that can have extremely detrimental effects on our ocean life, destroying natural eco systems and effecting wildlife that may, consequently end up in our food chains. This issue is especially dangerous to indigenous people, whose primary food source is fish.

The Legislation around black water

Marine pollution from sewage has always been one of the world’s most prominent ecological problems – in fact, reducing it was the first ever environmental initiative and was led by the IMO (International Maritime Organisation). New technology and regulations have been developing for over a century and will continue to do so in the future.

Now, even more attention is being paid to the impact of sewage on the environment. As sewage can have catastrophic effects on the environment and the well-being of both human and aquatic life such as creating dead zones, where no aquatic life can survive, the authorities are cracking down on those who breach the regulation.

To reduce the devastating effect sewage can have on ocean life, legislation such as MARPOL ANNEX IV came into play in which a vessel must comply or else face a fine or detention. This legislation means that ships must have a sewage treatment plan that disinfects the water and has a holding tank on-board. Compliance with legislation may be overwhelming, however, it is needed to help protect marine life.

Water should also be treated before it is expelled, which allows vessels to be easily compliant with legislation.

Water on ships is used for many things such as cooking, cleaning, drinking and in sewage facilities, all of which must be treated to the safety standards and comply with the legislation. There are plenty of regulations on how water needs to be treated on the way in to ensure at the very least it’s fit for purpose and safe. But how the water is used also defines which regulations it needs to comply with on the way out too.

How should you deal with black water?

Vessels may want to try to expel sewage discharge in places with deep ocean around them. The nearer the to shore black water is, the more likely it is to effect people who use the ocean for recreational purposes such as snorkeling and surfing as well as the fish that is eaten by local people. The minimum distance you can expel sewage from land is 12 nautical miles.

If Black water is being consumed can lead to severe illnesses and disease such as cholera and dysentery.

Black water does need to be disposed of very carefully. As part of the ANNEX regulations, vessels require systems that treat sewage or a sewage holding tank which can be taken care of once the vessel has docked.

Sewage isn’t the ocean’s only problem

Plastics are also found in our oceans and cause major harm to marine life as they either ingest or become tangled in the plastic we have thrown away which cause them to choke, suffocate or drown. This effects the extinction risk of many marine mammals, fish, sea birds and sea turtles who may mistake plastic for food.

The plastic in our ocean has major effect on our marine life and the eco system as a whole and whilst some may think this does not affect us, microplastics will be ingested by marine life and in turn, end up in our food webs, just as sewage does.

Studies have found alarming amounts of plastic in the food we ingest, two thirds of the seafood that is for human consumption was found to have plastic in, according to studies.