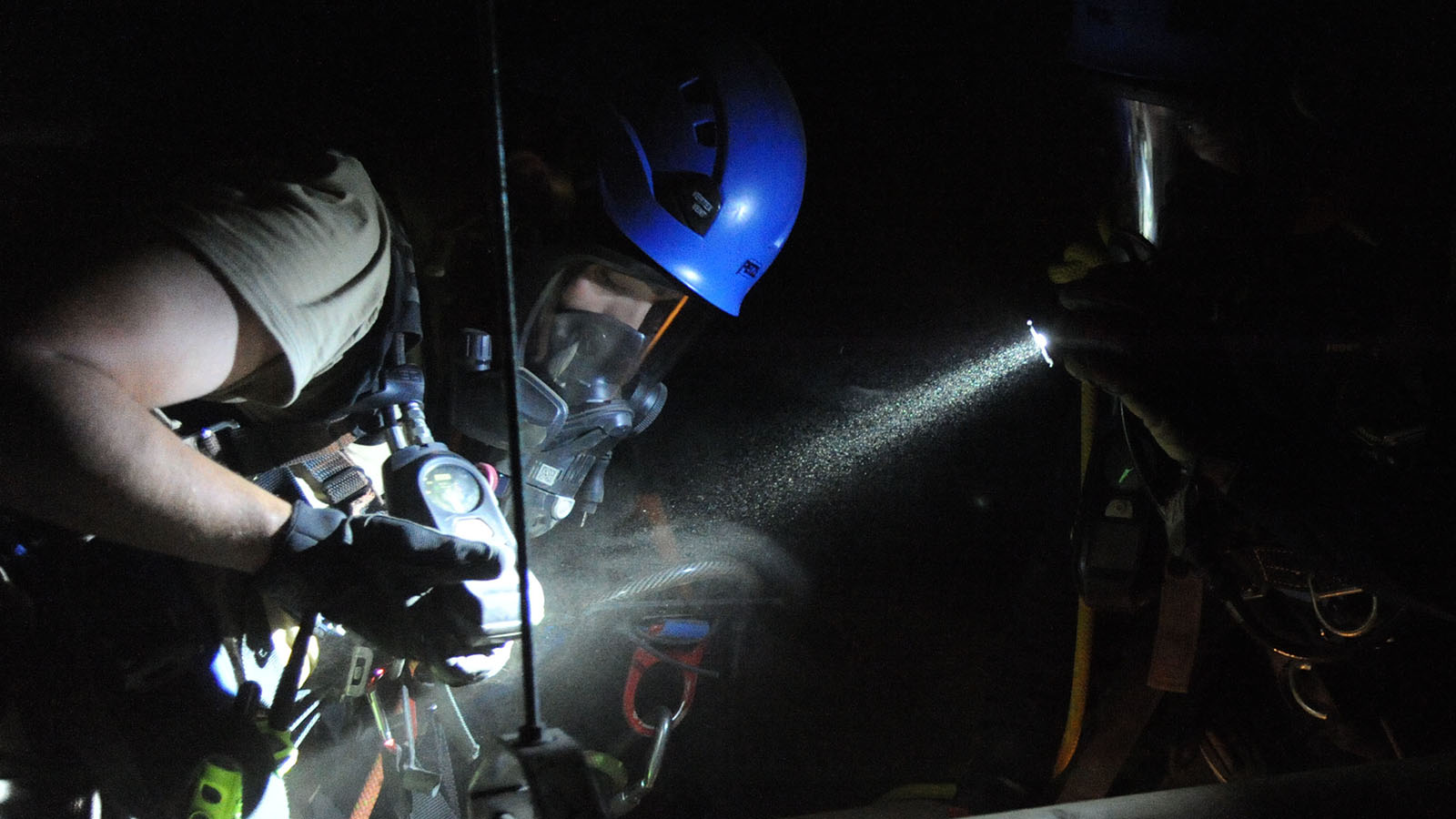 Compliance with the strict marine regulations and codes can be vastly time consuming and expensive for any operator. In an industry with such alarming historical safety statistics, it’s imperative that we embrace innovation to eradicate onboard risks.

Regulations are constantly being amended and introduced to make shipping safer so over the next 3 weeks we are going to look at the Top 3 Innovations Improving Marine Safety.

Health and safety in the workplace is one of the most important considerations for any employer or business owner, with extensive and often expensive risk assessments needing to be carried out in any industrial environment. From farming to steelworks, most businesses now feel the weight of official bodies seeking to improve the conditions for workers and the marine industry is under more pressure than most.

Seafaring has been one of the most dangerous occupations for as long as it has been in existence and where the risks of drowning or contagious disease were once most feared, hazards onboard a ship are now much more complex and numerous.

There are few industries who have their own international initiative to protect the lives of workers, but the risks are so great in the maritime sector that the SOLAS (International Convention for the Safety of Life at Sea) Convention was created.

The first version of the SOLAS convention was created in 1914 following the sinking of the Titanic and although never enforced because of the outbreak of the First World War, it formed the basis of future adaptations which gave guidance on safety procedures for all seafaring vessels.

The efforts of SOLAS, international health and safety executives and operators has helped to improve safety records onboard ships dramatically. Between 2012 and 2016, the number of marine incidents dropped from 433 to 206*. Although 86% of 2016’s cases were deemed to be serious or very serious, these figures show that efforts to improve safety are working.

Ships are complex environments to manage, let alone to work in. Remove the situational element of being surrounded by millions of tons of water; working conditions are often cramped, with limited visibility and ventilation. Add to this a range of hazardous elements, such as industrial chemicals and gases, and without proper processes, you have an accident just waiting to happen.

Health and Safety processes are bemoaned in almost every workplace. They slow down progress, add additional paperwork and generally make life difficult for anyone having to manage the reporting process. No matter the industry we work in, many of us see health and safety directives as being restrictive to efficiency and a chore in daily life, yet statistics show that they do save lives and cut the risk of injury. Concords such as SOLAS exist to identify the risks and create and enforce legislations which protect us all, otherwise we would probably all cut corners without a thought for the safety of ourselves and others.

A ship is a confined space by its very nature, meaning that workers are constantly working in restrictive and enclosed environments when carrying out their daily tasks. Early in 2016, SOLAS identified atmosphere testing as an area which could be improve working conditions and cut the risk of death and injury onboard a ship. Regulation XI/1-7 was brought into effect to work alongside the earlier introduction of III/19 which sought to improve safety in enclosed spaces by requiring entry drills and training to be carried out every two months. The new regulation, XI/1-7, which came into effect in July 2016, requires any sized vessel to carry an appropriate portable gas detection system which could be used to identify potentially dangerous fluctuations in onboard gases, especially in confined spaces.

A ship’s complex structure and need to fit an immense amount of equipment, personnel and cargo into a defined space means that carrying out regular maintenance tasks can be trickier than in an industrial operation on shore. The invention of portable gas detection systems has been critical in the creation of marine risk prevention strategies. The ability to monitor safe levels of life threatening gases onboard a ship prevents explosions, fires and even life-threatening illnesses from exposure.

SOLAS Regulation XI/1-7 states that all vessels should carry at least one portable gas detector which, as a minimum, is capable of measuring concentrations of oxygen (O2), flammable gases or vapours, hydrogen sulphide (H2S) and carbon monoxide (CO) in confined spaces.

Additional guidance also states: “It should be noted that, given a ship’s specific characteristics and operations, additional atmospheric hazards in enclosed spaces may be present that may not be detected by the instrument recommended to be selected by these Guidelines, and in such cases, if known, additional appropriate instruments should be carried.” Meaning that one system does not necessarily suit all ships.

Choosing a portable gas detector isn’t just about compliance, it’s also about making sure that you have the correct equipment for your vessel’s specific needs. On a smaller vessel, it may be that only the core 4 gases need to be monitored – Methane, Oxygen, Carbon Monoxide and Hydrogen Sulphide. On a larger ship or tanker, it may be necessary to measure levels of chlorine, propane or methane.

A portable gas detector such as the Marine 4™ emits an audible and visual alarm in the event of exposure to flammable or toxic gases. It simultaneously measures levels of the 4 key gases which are covered by regulation XI/1-7, with the additional benefit of an integral sampling pump to enable pre-entry into deep tanks, holds and void spaces.

Larger vessels and gas carriers will want to ensure that all of their onboard gases are monitored at regular intervals, not just when work is being carried out. Previously this may have meant purchasing individual gas detectors which were specific to each ship’s cargo or infrastructure. The Marine5™ onboard gas detector improves safety and efficiency by offering the ability to test for bespoke gases such as ammonia, carbon dioxide, chlorine, nitrous oxide and sulphur dioxide. This is in addition to the standard four, which makes the system ideal for applications such as LNG fuel operations and chlorine-producing BWT systems.

For cargo tankers, Marine Tankscape™ has been developed to provide a complete shipping solution. Utilising infra-red technology, the Marine Tankscape™ measures the hydrocarbon vapour in an inerted atmosphere. The system can be calibrated with Butane, Propane or Methane, depending on the application. The integrated software also allows for onboard calibration with the ability to automatically print calibration certificates, as well as allowing logged gas readings with vessel locations which can be uploaded to internal IT infrastructure.

Our reliance on technology can have its downsides. We often rely so much on gadgets to help us automate tasks that we forget that we need to maintain them. Like any tool, without proper care and maintenance, portable gas detection systems can fail. Whether caused by a mechanical failure or general use and exposure to environmental factors, systems can sometimes fail to detect and react to the presence of a dangerous gas. A bump test is the only way to ascertain if a gas detector is working properly.

Bump tests expose the portable gas detector to a quantity of calibration gas to ensure that the system is working effectively. This can be an expensive and laborious process, even if you are just testing and calibrating a single unit. The Always Be Calibrated (A-B-C) system is a bump test station with a difference. It only uses the minimum amount of gas required to calibrate your gas detectors with absolutely no wastage. It also automatically recalibrates in the result of a failed test giving 100% assurance of safety. The system automatically generates a tamper-proof calibration certificate with a unique identifier to provide evidence of the compliance of your vessel, without having to wait for onshore certification, meaning that testing and calibration can be carried out at any time.

Many ship operators rely on third parties to test and calibrate their gas detection systems, even more potentially rely on older, static systems which require 6 monthly service checks which are almost never carried out onboard. Sending integral safety systems for maintenance is costly in terms of the time it takes to send back to shore, as well as the cost of the service contract. A-B-C is a compact system with the ability to bump test and calibrate whilst your gas detectors are recharging, meaning that you can be sure that they are reading accurately each time they are used. Testing and calibration takes under five minutes per unit and can be carried out by any one onboard, saving an immense amount of time and money for any operator locked into a costly service contract.

A-B-C also removes the human element out of calibrating and bump testing your equipment so that you know, without doubt, that readings are correct and date stamped each time the process is carried out. The tamper-proof calibration certificates are acceptable to Port State and Oil Majors standards.

The Marine5™ is a self-calibrating system and combines the features of the Marine4™ with the on-board calibration benefits of the A-B-C system, meaning that compliance with regulations is evidenced without any additional hard work.

Our Commitment to the Marine Industry:

Martek Marine specialise in providing innovative technologies which promote advancements in performance, safety and crew welfare. Often the same tools can be used to realise improvements in all three areas, meaning that minimal capital expenditure is needed to improve business processes.

Specialist innovations such as Marine4™ and A-B-C have been created to make life safer for mariners and easier for operators looking to find a way to make compliance less of a burden.

What’s the biggest challenge in your operation? Put our marine experts to the test!

These statistics may also contain passenger injuries and fatalities

Download our free guide for more information on the issues associated with gas detection, as well as tips on how to significantly reduce costs while increasing safety and efficiency.