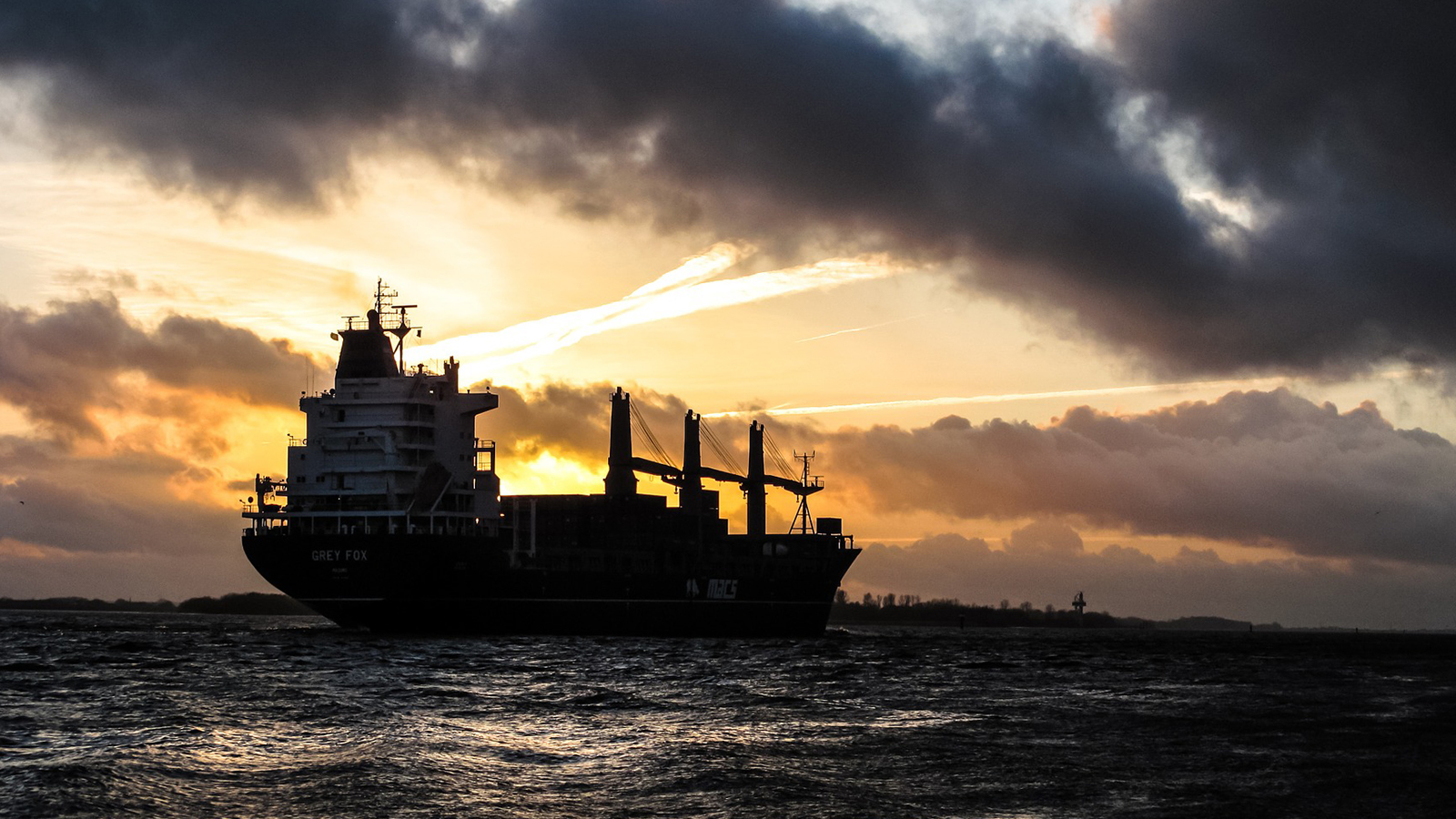 This shocking real-life account is from Captain VS Parani, a highly experienced ship’s captain based in Cyprus, whose impressive career has recently seen him manage the crewing & training functions for over 6000 seafarers.

And so, the story begins…

My friend, a sailing Master on large bulk carriers had gone silent from our usual Whatsapp group. He surfaced a month later with this story:

“Last month, as usual, we were looking forward to the customary Sunday fish salad. After the weekly accommodation inspections were over, having this delicious dish, mixed with tropical seasoning, marked the transition of one week into the next. And this week’s preparation was as good as the previous!

At least for a few hours.

The cook was the first one to come up to me with a rash on his hands. The motorman was next at midnight with numbness in his legs. By Monday evening, six crew members, including myself had symptoms of rashes, numbness or swelling in their limbs.

A quarter of the crew were now unfit for work

Matters became serious. A quarter of the crew was now unfit for work and were in agonizing pain. I deduced something was seriously wrong with the food we had all consumed: most likely the fish which had been recently purchased at the last port.

I called the company Designated Person and the company doctor. Photos and vital signs were relayed to the company doctor. Usually a reliable advisor, the doctor’s lack of specialization for such a medical emergency became evident. He recommended activated charcoal as treatment for the possible neurotoxins which had been ingested from the fish.

The company doctor hadn’t been much use

Recovery was steady but slow. We recovered fully only after about two weeks by which time the ship had reached the next port. During this time, it was my family doctor back home who provided me with ideas and treatment to hasten the recovery. The company doctor hadn’t been much use.

The whole episode left me feeling that I had not received adequate medical advice. My own medical training was inadequate to respond to such situations. It got me thinking.

What if a diversion was required?

What if this had occurred with a smaller company who did not have a company doctor?

How can a Master get reliable expert advice in such a situation?

What do we do in cases where we need a doctor with specialization instead of just a general-practice professional?

A need for support in non-emergencies

We have emergency responders/advisors for damaged stability, IMDG emergencies, search and rescue, but how about medical advice?

Centro Internazionale Radio Medico (CIRM) and similar organizations are helpful but do they have the required funding to support non-emergencies? Often, they can be contacted for serious injuries or sickness, but how about support for symptoms which are not yet debilitating? How can you get help to spot conditions before the symptoms escalate?

The future: medical support workers having access to a seafarer’s medical records

Can we have a medical support centre who already have seafarer details in their database? Information such as drug allergies are useful to have ready at hand. This will help them evaluate the patient quickly and respond to the ship.

The Maritime Labour Convention asks contracting states to provide for medical support and advice but how much of it is reality? Are we providing our seafarers with the kind of medical support that many ashore enjoy?

How about a safety net to help the next time something fishy arises?!

Author of Golden Stripes-Leadership on the High Seas

Views presented are the author’s own, and not of the organizations he is employed with, or associated with.

A reflection from Martek Marine…

Sadly, accounts like this are all too common and Captain VS Parani is quite right in that not all seafarers have the luxury of a company doctor. In fact, the vast majority of ships don’t! So, what are the rules regarding access to professional healthcare offshore? Well, shipowners are obliged under MLC 2006, to ensure that they provide, ‘access to prompt and adequate medical care whilst working on board.’ Seafarers should also be provided, ‘with medical care as comparable as possible to that which is generally available to workers ashore.’

That said, the average merchant vessel is staffed by less than 25 people, meaning it’s not mandatory to have a doctor onboard the vessel and this being the case, the vast majority of ships do benefit from having access to a medical professional offshore.

This makes things very tricky, especially in the case of difficult to diagnose conditions such as poisoning as described in this story.

Many crew have very little medical training and rely on a physical copy of the Ship Captain’s Medical Guide for medical guidance when working on board a ship. They’re often faced with an impossible decision when someone falls ill: forced to judge the severity of a condition, typically without the assistance of diagnostic equipment, leaving them with the choice of risking the wellbeing of the crew member, or substantial diversion costs. Even if crew do have access via phone to an offshore clinician, as in Captain VS Parani’s story, the medical advice is not always up to scratch.

A new telemedicine solution called iVital™ could provide the answer. iVital™ gives seafarers access to top level healthcare at a small cost (under $10 per day), meaning it’s an accessible way to safeguard the wellbeing of those onboard ships and also dramatically reduce the amount of unnecessary diversions and medical evacuations.

In fact, results released in a recent seafarers’ survey carried out in conjunction with professionals’ trade union Nautilus International, indicated that 82% of seafarers think that the ability to transfer live vital signs to a UK based medical professional who can diagnose patients and offer advice, would make them feel safer at sea. “In this day and age, it is crazy that I should be flicking through an outdated book to try and diagnose appendicitis, when there is technology available to let an expert diagnose it for me,” said one seafarer.

A staggering 98% of seafarers in the survey thought that a greater provision of telemedicine on vessels would not just improve crew welfare, but actually save lives offshore too. More information on the results of the survey can be found here.

A key point made by Captain VS Parani, was that access to general practice professionals isn’t always sufficient. Well, an important point to mention is that iVital™ is a complete solution: offering the necessary hardware, software AND specialist clinical service, which provides access to an entire team of medical experts who specialise in the health of seafarers.

Vital signs data is combined with a patient’s medical records

Fool-proof, the medically certified hardware and software can be used by anyone. Wireless sensors are attached to the patient and vital signs data is transmitted to the clinician onshore. The clinician then uses the data, combined with the patient’s medical history (and therefore showing any allergies and previously diagnosed conditions) and one-to-one video consultation with the patient, to make a quick and accurate diagnosis.

The impact on safety of those working at sea is huge, with benefits including; increased patient engagement and better patient care quality; quicker and more convenient clinical access; a reduction in lost time through illness and injury & improved crew retention and reduced, unnecessary patient evacuations.

All at Sea: Mental health issues on board ship

10 reasons why you need to be connected at sea