How Do Crew Fall Overboard? 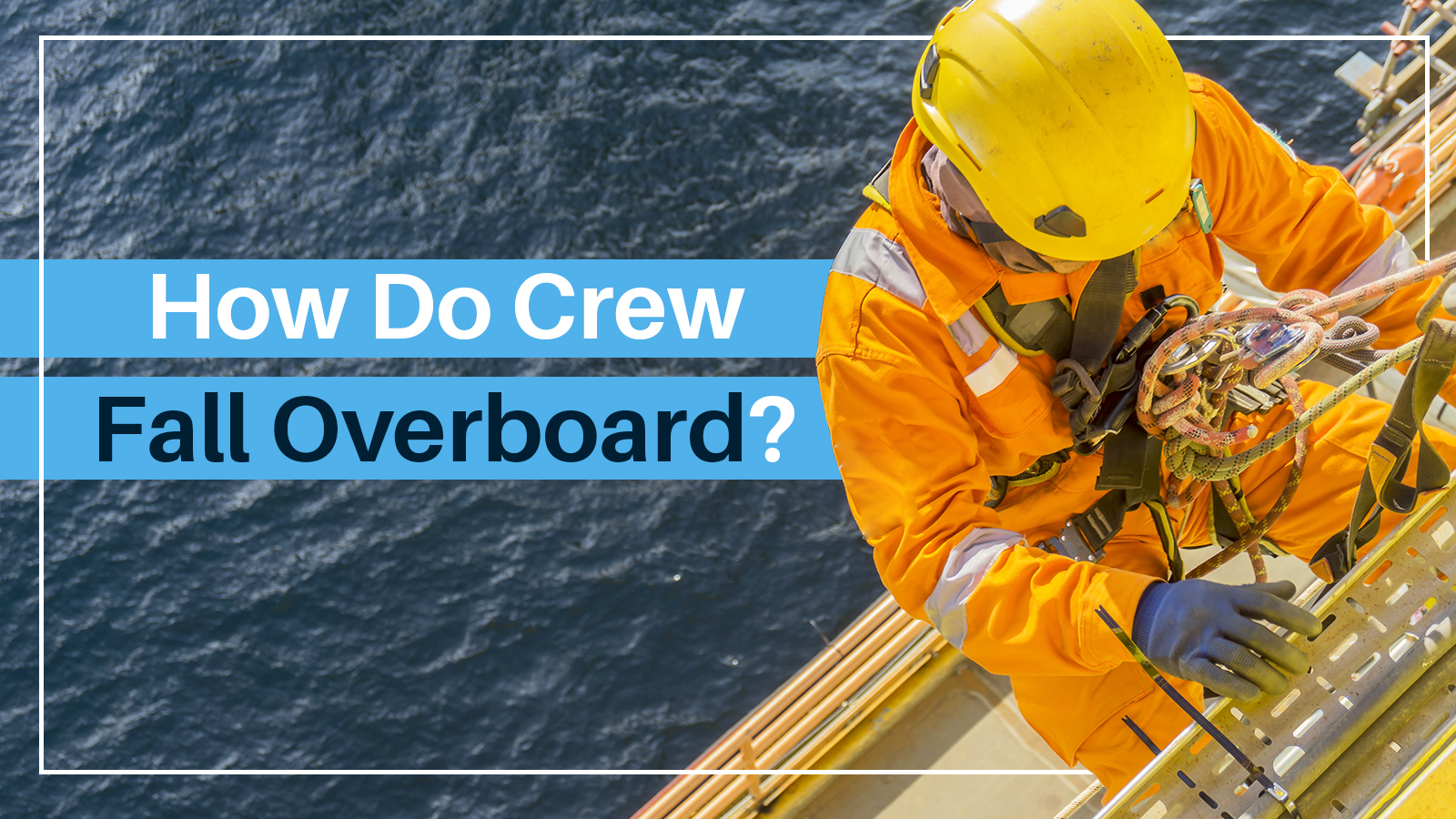 How Do Crew Fall Overboard?

It doesn’t take a rocket scientist to understand that seafarers have to be super careful while onboard their vessel. Even with the best safety measures in the world in place, you’ll never totally avoid a man overboard situation happening. They even happen in dock and many falls are unsupervised, so if the man overboard is unconscious, without the right safety measures such as a PLB present, this would be a definite fatality.

Obviously that’s not where ships usually are though – they’re more often on the open water where bad weather, sea swell or rough seas mean you never quite know what you’re going to be up against. You always need to be prepared and to be complacent that hazards won’t happen, is negligence in its simplest form.

The only way you can fully protect your crew is to ensure your emergency procedures are well and truly embedded. This means to not only have the processes and equipment in place for emergencies such as man overboard but to ensure your crew are all well briefed on what to do.

This doesn’t mean only briefing the most vulnerable – whilst stats show that over three-quarters of MOB situations are deckhands, every crew member needs to know the emergency protocol. Letting them all know the main causes of man overboard situations, the hazards onboard your current vessel, and to be vigilant at all times are all the absolute basics.

But humans aren’t vigilant at all times – you only need a couple of crew members to be joking around, or take visitors for instance – 2% of MOB’s are visitors – would they have been briefed on what to do should they, or another crew member fall in?

Maybe not in every single instance, but if the rest of the crew are well versed on what to do, that could be the difference between a recovery and a less positive result.

In terms of forewarning, many of these causes may seem like common sense, but there wouldn’t be so many MOB incidents if they weren’t still posing such a heavy risk.

Regularly emphasising their dangers to the crew, needs to be part of your protocol:

Briefing and enforcing these basics will go a long way in ensuring crew comply with basic safety protocol, but as any seafaring crew member will know, it’s rare when you’re expecting it that a MOB happens.

The next line of defence is the recovery – time really is of the essence here, especially when one of the biggest risks besides drowning, is Hypothermia.

If you’ve ever fallen into icy waters – you’ll know the effect it instantly has on your body – it can immobilise you instantly which obviously increases your chances of drowning significantly. If you’re not extracted straight away – time really is against you as the extensive loss of heat from your body causes your body temperature to drop and you start to lose functionality and cognition. That’s assuming you’re conscious when you fall in.

With every passing minute, you’re in more danger and Hypothermia is where that prolonged contact with the cold water affects all of your normal reactions – you’re looking at around 15 minutes in a temperature of 5 ̊ C before you fall unconscious. In terms of rescues, that’s not a very long time.

The fishing vessel ‘FV Kerri Heather’ left Arklow on the 16th November 2016 with three crew members on board. Their roles were to bait and lift lines of pots and at approximately 09.00 hrs whilst hauling the second line of pots at the hauler, one of the crewmen fell overboard. Immediate attempts were made to recover him, followed by a search using helicopters, lifeboats and fishing vessels. Despite continuing searches until 2nd December, the rescue was unsuccessful.

A body was later recovered on 11 January 2017, on the South West coast of Anglesey and identified as the missing fisherman.

Even though the emergency was witnessed, and recovery was attempted from the outset, in this instance that wasn’t successful.

According to the Department of Transport, Tourism and Sport Maritime Safety Strategy, there is a top ten of factors contributing to the loss of life at sea in Ireland, four of which were part of this incident:

One simple solution for any MOB situation is to be wearing a PFD – especially as your mobility is often lessened in cold water and you’ll need all the help you can get!

But in all of these situations, whether the MOB was avoidable or not – the presence of a Personal Location Beacon would make a significant difference to the chance of recovery.

PLB To The Rescue

Don’t be fooled by its size. Despite being small, our Personal Location Beacons (PLB), are packed with a phenomenal amount of life-saving potential.

Take the fisherman example we mentioned…

Our PLB device is automatically activated upon immersion in water as well as manually, so if the fisherman had sustained any injuries inhibiting his movement or he was unconscious, he’d have transmitted a rescue signal straight away.

There are many other features which you can explore further here, but the key functions which would have applied in his situation, include:

Any ONE of those three features could have saved his life or that of any crew member falling overboard.

You can’t always avoid a man overboard situation, but you can prepare for it happening to hugely increase the chances of survival. If you want to know more about how you can keep your crew safe, get in touch and one of our experienced team will be happy to help.