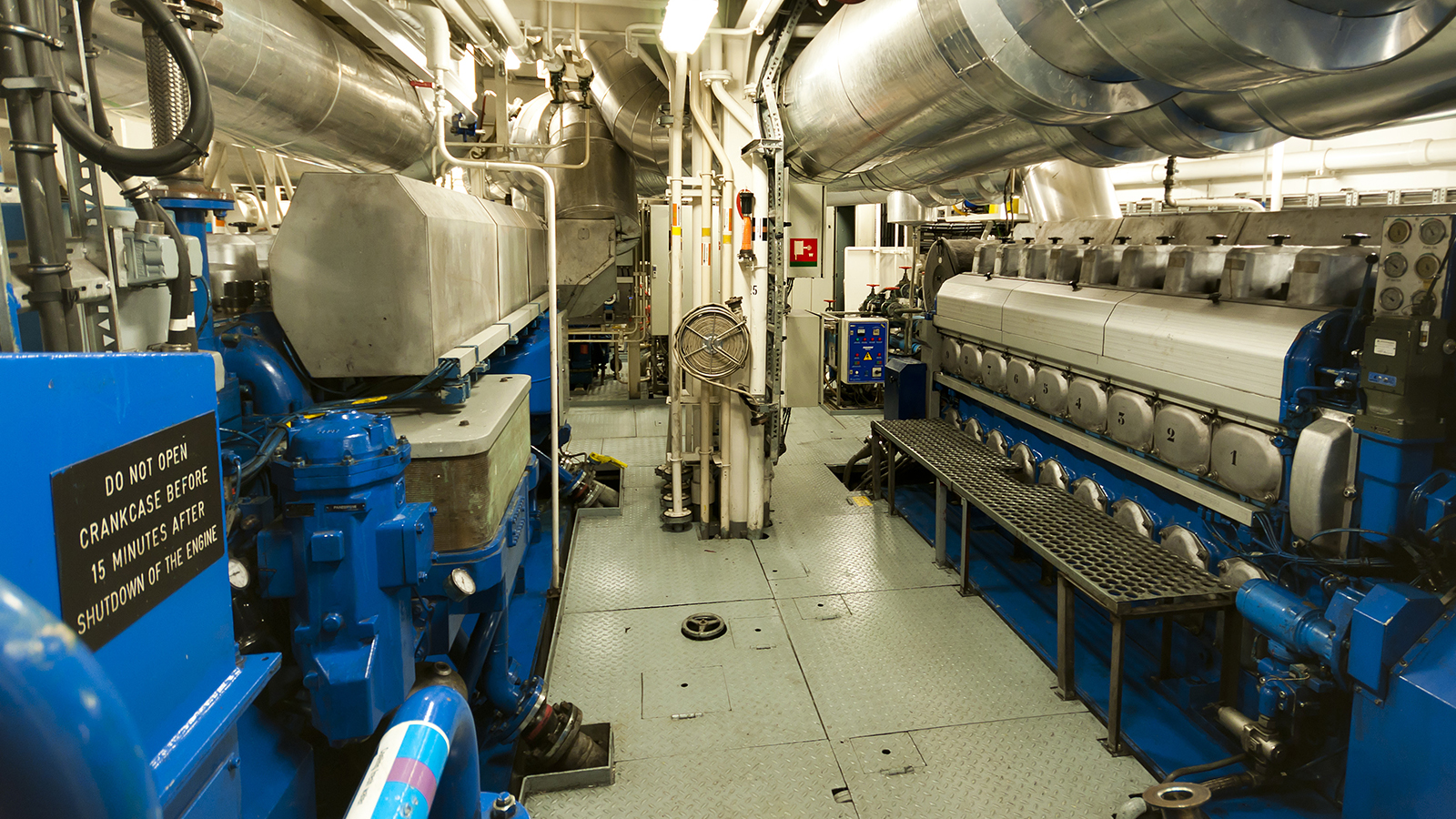 A first of its kind gas sampling system

Maritime industry technology specialists Martek Marine are setting the bar high when it comes to offshore gas safety. The company has developed a first-of-its-kind gas sampling system for a new moored floating production unit, which forms part of the Jangkrik Complex gas fields development in Indonesia. The system has been developed to dramatically improve offshore crew safety through the use of advanced gas sampling technology.

The worst offshore disaster in history, the Piper disaster on 6 July 1988, involved a series of gas explosions which destroyed the Piper Alpha oil platform in the North Sea, killing 167 men. According to the latest statistics from the Health and Safety Executive, to this day, a third of all dangerous occurrences occurring offshore relate to gas releases.

Explosions, following a gas release are a major offshore hazard due to the catastrophic consequences that tend to result; taking life and impacting the health of workers; pollution of the environment; direct and indirect economic losses, and deterioration of the security of energy supply.

Early warning is key when it comes to the prevention of gas explosions. Failure to avoid ignition of released hydrocarbons is best achieved through the installation and functioning of gas detectors in appropriately defined hazardous areas.

The offshore accident report ‘Lessons from Past Accident Analysis’ from the European Commission, advises that a vital step in controlling major offshore hazards is the installation of, ‘state-of-the-art gas detectors in appropriate locations, extending to hazardous areas where necessary.’

It’s not then surprising that gas safety was at the top of the agenda for the new, highly-regarded and large-scale offshore engineering project in Indonesia. The Jangkrik Project comprises of the development of the Jangkrik and Jangkrik North East gas fields, referred to jointly as the Jangkrik Complex. Approximately 400m deep, the Jangkrik Complex forms part of the deep-water Muara Bakau block in the offshore Kutei Basin, situated 70km from the coast of East Kalimantan.

Following drilling at three exploration wells, Jangkrik 1,2 and 3, a feasibility study completed in July 2011, led to selection of the most appealing concept for development of the area. The chosen approach is based on a subsea development with 10 wells and full treatment facilities on a spread moored floating production unit (FPU). The FPU has an export line to shore at Sapi Landfall.

In 2014, energy company Eni awarded offshore engineering experts Saipem, the engineering, procurement, construction, and installation contract for the new FPU, valued at US$3 billion. The shipping division of Hyundai Heavy Industries (HHI), who currently hold a 15% share of the global shipping market, built the FPU hull in Ulsan, South Korea, whilst further fabrication work for the topsides was carried out by Saipem in Indonesia, with Saipem’s Execution Centre in Jakarta managing the overall project.

Gaining international interest thanks to the rapid development and short production start-up time, the project has a time to market of just three-and-a-half years from the date of the investment decision and production at the Jangkrik Complex gas fields commences in 2017.

The FPU is designed to process 450 MMcf/d (12.7 MMcm/d) of gas and condensates and is a multi-purpose unit. The Jangkrik gas volumes will supply the local domestic market, the Indonesian LNG market as well as the LNG export market providing a significant contribution to the Country’s energy needs and economic development.

In addition to being used for activities relating to the Jangkrik Complex, the FPU will also act as a hub for other sites nearby. All gas will be sent to a liquefaction plant called Bontang LNG following treatment on board and this is achieved thanks to connections to 10, deep-water subsea production wells. The final destination of all condensate from the site is the Senipah Power Plant in East Kalimantan.

A bespoke gas sampling system which comprises of 4 independent systems

Global maritime technology company Martek Marine specified a gas sampling system for the FPU which is the first of its kind. Based on the company’s well reputed MM5001 Gas Sampling System, the bespoke setup comprises of 4 independent systems.

“The system will play a vital role in ensuring the safety of those onboard, by giving crew the means to effectively monitor gases within enclosed spaces and ensure that levels maintain within safe parameters.” Said Martek Marine Project Engineer, Steve Austwick.

A split system designed for use in water ballast tanks

The first sampling system is a split system, designed to sequentially sample hydrocarbon (22 Point) in water ballast tanks. Equipped with the latest dual Non-Dispersive Infra-Red (NDIR) sensors, the equipment is faultless when it comes to monitoring increasing levels of methane (CH4).

Being a split system, the pump, solenoids and sensors are housed in the monitoring side of the system installed in a cabinet on deck. Benefiting from an EExe enclosure and EExd internal components the unit is explosion-proof.

The human machine interface (HMI) and programmable logic controller (PLC) are housed control side in the cargo control room (CCR). In a conventional gas sampling system, the control and monitoring equipment is mounted in a single cabinet which is installed in a safe area, usually the CCR.

“The important benefit to a split system, is that the need to run sample piping into the CCR is avoided.” Said Austwick.

A 6-point system for the condensate tanks

The second system supplied is a 6-point system used for sequential sampling of oxygen in condensate tanks. In addition to benefitting from the design features of the sequential hydrocarbon gas sampling system, the addition of advanced paramagnetic sensors enables levels of oxygen to be monitored in the inert gas blanket of condensate tanks.
Paramagnetic sensor technology provides unbeaten performance and longevity.

“The sensors use no consumable parts, meaning they excel in terms of durability,”said Austwick. “Offering world class precision over a range of 1% to 100% oxygen, they are able to measure the oxygen concentration not only in flammable gas mixtures, but also in low concentrations and with high precision.”

Two further gas sampling systems were supplied under the contract, both continuous oxygen gas sampling units. Both single point systems, the first is designed for use in the inert gas supply header and the second, in the high purity nitrogen header.

Both systems benefit from paramagnetic oxygen sensors to monitor oxygen enrichment. Both the sensor and the pump are installed in a single cabinet.

The benefits of having one sample line

“Having only one sample line ensures the headers are continually monitored and no front-end control is therefore required,” said Austwick. “A signal from the system analyser is connected directly to the distributed control system (DCS) on the vessel, ensuring optimum reliability through localised control functions near the equipment.”

The FPU then sailed to its final destination at the Jangkrik Complex in preparation for gas processing and export, which is expected to reach a capacity of up to 450 million standard cubic feet per day (mmscf/d).

Whether it’s a portable personal, portable group, or fixed gas detection systems, Martek can help. With a range of gas detectors, calibration stations and gas tubes available, customers are able to swiftly comply with type legislation and instantly improve the safety of their crew and fleets.

Gas detection on ships: are you compliant?

Are You Throwing Money Overboard?