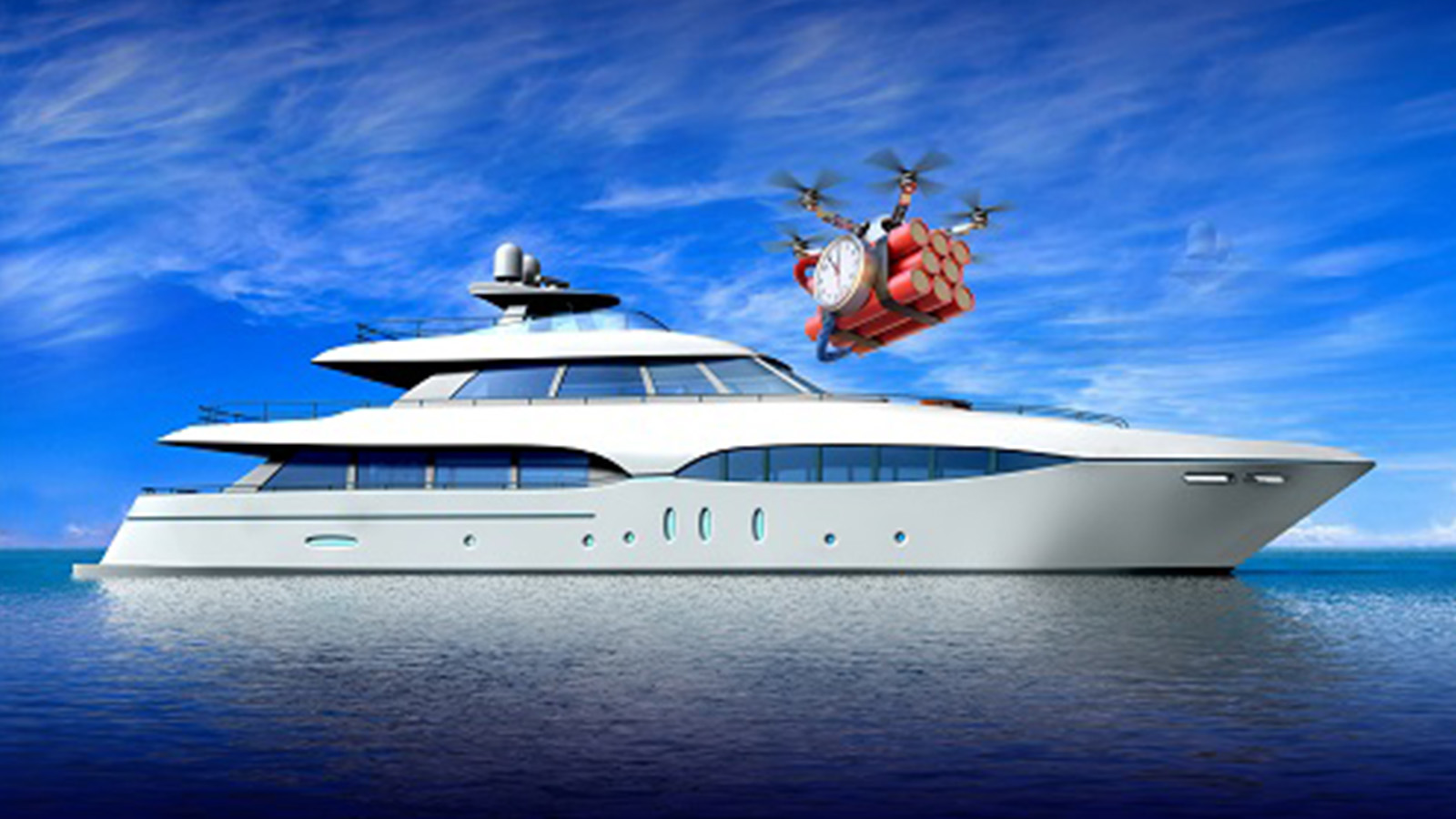 The superyacht fraternity are waking up to the growing threat that drones pose to privacy, safety & security on-board their yachts. Recent years have seen a massive advance in drone endurance, range and payload capacity whilst the price has also plummeted, leading to a proliferation of drones expected to reach 12million by 2020.

Terrorist use of drones deploying explosives and poison gas attacks are well documented. The potential for a drone to deliver an explosive charge or even payloads such as nerve-gas on-board a superyacht is a stark reality. Paparazzi intrusion using drones approaching superyachts is already a recognised and growing problem. Yachts in port, at anchor or on coastal transits are simply ‘sitting ducks’ and currently powerless to know if/when they’re going to be attacked, let alone be in a position to defend against the threat.

To combat this emerging threat Martek Marine have developed the M.A.D.STM superyacht drone detection & defeat system. M.A.D.STM detects and identifies commercial drones within a 20+km range, providing GPS positioning of both drone & pilot together with the drone’s speed & heading. Configurable and escalating stage alarms in real time allow the threat level to be assessed in good time.

Once a real drone threat has been established, the system enables a 500m+ electronic ‘exclusion zone’ to be created around the yacht. Should the drone approach this exclusion zone, its control/video signal will be blocked, initiating its fail-safe mode forcing it to land or return to its operator.

Since the recent launch of the system, Martek have secured a strong order book and are expanding operations to meet growing worldwide demand. Martek are actively seeking new global partners and agents for M.A.D.STM in the luxury yacht sector.

“Drone technology offers some amazing opportunities within the luxury yacht sector but as ever, ‘bad actors’ will seek to use the technology for nefarious purposes. The development of M.A.D.STM is a major breakthrough to help mitigate such threats and protect luxury yachts and their esteemed clientele.”

How drone technology is improving safety in the maritime industry